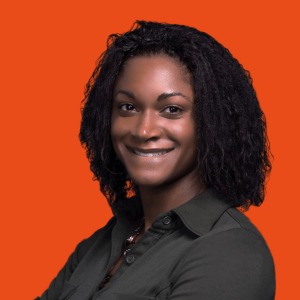 Refinancing Not Only to Save Money, but to Make Money

When Nyia bought her house 10 years ago, one of her goals was to turn her home into an income generator. With the help of HomeFree-USA, she is well on her way to doing so.

In order to achieve her goal, Nyia wanted to renovate her basement to turn it into a studio apartment. Then she would be able to rent it out and use the rent money to help pay her mortgage. “The house has a lot of space for me and it just made sense,” she says. Refinancing and pulling some equity out of her home seemed like a good way to do that.

She met with Homeownership Advisor Gary Plummer and he pulled her credit and made some suggestions about steps she could take to become credit-ready to refinance.

“I took those recommendations and paid off some debts,” she says. Then Gary made some phone calls to lenders to kick things off. HomeFree-USA also educated her about what she could expect every step of the way. “They were just a wealth of information,” she says.

On top of that, she says “as a Black woman, the language and the culture of receiving that information from people who look like me — I found it very valuable.”

Nyia ended up going with Wells Fargo and the process went smoothly.

In addition to renovating her basement, she decided to also redo her bathroom and kitchen — moves that will likely add to the value of her house.