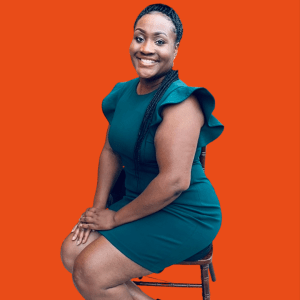 You May Be More Ready for Homeownership Than You Think

After a nudge from her parents to find a house of her own, Alanna reached out to HomeFree-USA.

Like many first-time homebuyers, she had her share of doubts. “My biggest apprehension was I didn’t think I would be able to afford a mortgage with my current bills, and my son was graduating and starting college,” she says. “I just didn’t know how I would be able to handle all of that financially.”

Then she met with her Homeownership Advisor Alfreda Williams.

“When I sat down with Alfreda, we developed a budget and she gave me positive feedback.

She made it clear to me that this was definitely an achievable goal for me.”

With that newfound confidence, Alanna started the process and was thrilled to learn that she qualified for a homeownership program through Wells Fargo.  Not only was she approved for a mortgage loan, but “I ended up getting over $35,000 worth of free money,” she says.

Had she not been working with HomeFree-USA, Alanna doesn’t know if she would have found out about the program.  Thanks to the grant money she received, “I was able to afford more house than I probably would have had I not gotten those funds.”

Today Alanna appreciates the day that Alfreda showed her that homeownership was, indeed, possible.

“I would encourage those thinking about buying a house to have that initial meeting with a Homeownership Advisor to see if this is something you can do because it’s definitely achievable and it’s been very rewarding for me.”