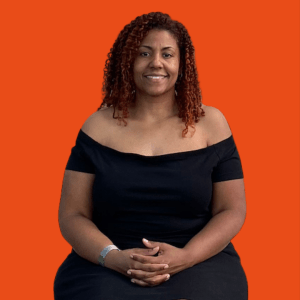 If you’re a control freak, the homeownership process can be overwhelming, says Christi, a recent first-time homebuyer.

“I’m one of those people who likes to be in control,” Christi says. But when it comes to dealing with lenders and taking the steps to move from renter to homeowner, “there are a lot of unknowns. Some things are just a little outside of our understanding and we do need help.”

Christi was lucky enough to receive that help from HomeFree-USA, whom she had learned about through her realtor. Not only did Christi get access to a homeownership advisor to walk her through the homebuying process, but  “I was always welcome to ask questions and my questions were always answered,” she says.

“It would always calm my nerves to know I didn’t just randomly find this person,” she says. Since HomeFree-USA could vouch for them, “I knew they were not charlatans that were going to disappear off the face of the earth.”

Christi admits that one of the toughest parts of the homebuying process was sharing her financial history with her lender. After all, nobody likes to be judged, and like most people she had made her fair share of financial mistakes.

But knowing that her HomeFree-USA homeownership advisor had her back made it easier. “It was comforting to know that if something did go awry, I had my advisor to help me,” she says.  “If there was a problem I knew I was not alone in this process.”

Now that she’s a homeowner, Christi says it was all worth it. “I’m paying less for my mortgage than I was paying in rent,” she says. “I have so much control and freedom. I’m not at the mercy of anyone else.”