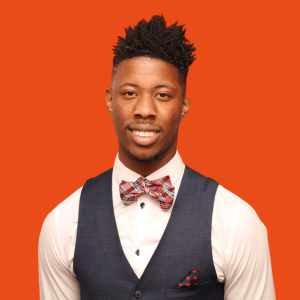 Homeownership by the Age of 25

Kevin set an ambitious goal for his 25th birthday. He wanted to own his own home.

But when he started along the path to homeownership at the age of 23, he encountered his first obstacle: He had not built up a sufficient credit history to secure a loan. To remedy the situation, Kevin applied for a couple of credit cards, used them to make purchases and paid the bills on time. That was enough to show potential lenders that he was a responsible borrower.

A year later, Kevin was ready to try for homeownership again, and he connected with his Homeowner Advisor at HomeFree-USA, Freda Williams.

“My main concern was my credit. I wondered if I would qualify or if I had enough money to actually make a purchase,” he says. “Freda made me feel very comfortable through the process.”

Filling out so much paperwork was also challenging and even overwhelming at times, he says. But having Freda there to address all of his questions put him at ease.  “That really made a difference to me because even if you have a lot of people in your circle, it’s good to have experts that you can get advice from.”

Though it may have taken longer than he thought it would take, Kevin achieved his goal and became a homeowner before he turned 26. With the goal of achieving homeownership behind him, he has his eyes set on building a wealthier future.

He is also proud that he did it on his own, and while he is still single. “I didn’t even tell my parents until after the fact because I wanted to do it for myself,” he says.