When it comes to the future of America, there is no escaping diversity. By 2024, 75 percent of new households, including renters and homeowners, will be diverse.

African Americans are projected to make up 17 percent of that number. Yet, the rate of homeownership in the African-American community has not changed in the last 50 years.

One effort to change that is The Center for Financial Advancement (CFA), a program spearheaded by HomeFree-USA that connects the mortgage industry with qualified talent from Historically Black Colleges and Universities (HBCUs).  Students who participate in the HomeFree-USA CFA program are exposed to career opportunities in the industry and engage in power sessions that elevate their money and credit management skills.

“We considered this initiative a vital part of our commitment to ensuring that African Americans are able to become homeowners,” Wright says. “We know from current statistical data that African Americans have fallen behind any other diverse demographic in terms of homeownership so we have to address that issue from all sides. That would include housing counseling and access to credit,” Wright adds.

To that end, Wells Fargo last year announced a $60 billion lending commitment to create at least 250,000 new African-American homeowners by 2027. Many of those will likely be millennials who may be attending an HBCU today.

“We have students coming out of college that really need to be guided about the importance of homeownership,” Wright says.

Not only might some students believe that the dream of homeownership is unreachable, but many don’t know how to get there. For example, some may wrongly believe they need 20 percent down to buy a home. Others may mistakenly believe they can’t buy a home if they have student loans. Still others may feel disillusioned about the prospects of buying a house because of memories of the housing crisis.

“The HomeFree-USA CFA program provides an opportunity to address and correct the misconceptions about homeownership, and to give the students the strategy to get there,” Wright says.

Wright is also excited about the fact that through the initiative, the mortgage industry will be able to reach out to the faculty, the parents and the surrounding community. For example, through the program, Wright met a student who wanted to know more about how to become a homeowner, not just for herself but so she could share the information with her mother. “It’s that kind of dialogue that we hope to have,” Wright says.

The HF CFA program allows Wells Fargo to make an impact in a variety of ways: The mortgage lender can identify talent for career opportunities while also providing students with a path to homeownership and helping to strengthen their financial capability. The program also provides a vehicle for Wells Fargo to provide dollars directly to the schools.  “It’s three components working together to strengthen both the students, as well as the HBCUs,” Wright says.

Overall, Wright is excited about the role Wells Fargo can play in enhancing the lives of students at HBCUs. “This is a great opportunity for us to be a catalyst for African-American homeownership for generations to come,” Wright says. 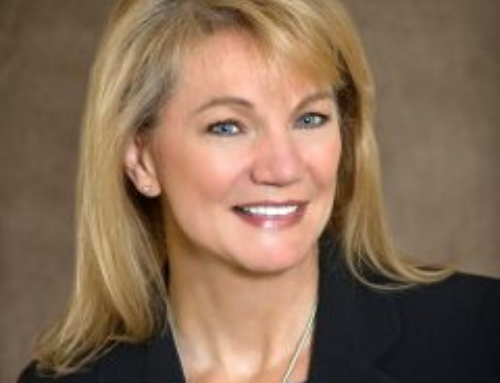